Parts of the lecture were taken from Ken's own PHD thesis.

Post-minimalism - 1970's/80's - shifting from objects placed in the gallery to the gallery itself. Immersive video installations [introduction of this technology used within an arts based platform]. Situation! Situational artwork where art vs the art space [Merleau-Ponty]. The engagement of the body within space. We engage in space through our own body.

Minimalist object were now situated in space. Spaces were to become devoid of object - the language of art and architecture starts to emerge with architecture becoming the art. The gallery becomes a subject of debate around its role as an institution and as an art object in itself [Michael Asher]

Case study 01: Michael Ashers installation [1970] at the Pomona Collage Museum of art where he reconfigured the internal space of the gallery and then removed the door giving access for 24hours. the shift in light and removal of a closed threshold played with the boundaries of inside and outside but with a "political" stance. 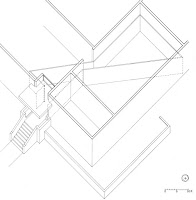 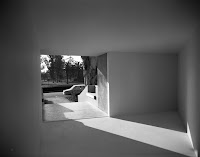 Case study 02: James Turrells' "sky space" works create similar junctures between inside and outside but from a more experience based stance. Interested in natural observatory the physical viewing of the frame removed from visitors, again marking this unknown threshold starts to frame reality although given the appearance of a light or painting. 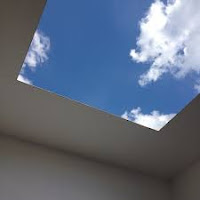 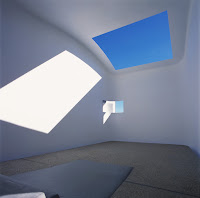 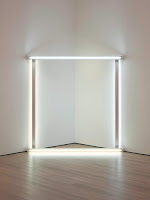 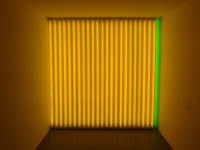