Ludic Space
It can refer to architecture that is playful, narrative that is humorous and even satirical, and literature that is light. "Ludic" is ultimately from the Latin noun ludus, which refers to a whole range of fun things - stage shows, games, sports, even jokes.


Representation at play [What are you playing with?]

Charles Sheeler: American paintings that were abstract representation of space. How one lives in space & a story of space. Landscape paintings of industrial factories. 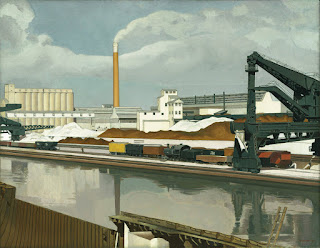 Clara Porset: White on White relational paintings. Objects waiting for human occupation. The work captures the relationship between material/texture and the human body.

Osbert Lancaster: Home Sweet Home
Communicating how one lives, occupies and views space. A critique of society and how one expresses themselves trough their interior. Each painting depicts a class system or era and showcases a strong narrative about the users. The work is a political statement

Saul Steinberg: Drawing of spaces combined with the process of applying stamp marks. The frame within the work depicts movement where the work and stamps are almost cut out, once beyond the frame. The same approach to his interior work is applied by using a frame and the use of framed views. 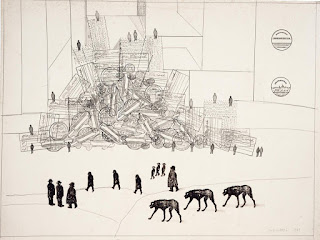 Printed stories was an exhibition curated through text and stroy telling. The artists were inspired by text, responding to it and using it to inform the title of each works. The use of extended text allowed the audience to feel empowered within the exhibition to create and control their own story.

Pablo Bronstein: Wall-Pomp
The use and application of scaled architectural images to compliment a collection of chairs. Real time vs the imaginative. Shift and play in scale. A juxtaposition of interior and exterior is applied with the adoption of language from other periods of time. 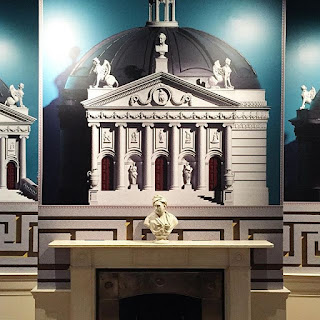 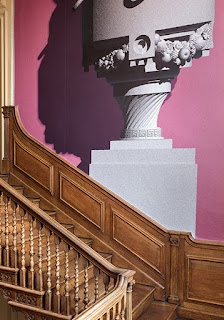 Blane Drimmond: Real spaces
Using stories and a real life colour palette to construct narrative spaces. The insertion of thread to create a play in light on the work.

Do Ho Suh: Passages
The space between and circulation spaces. Fabric structures that are an extension of the drawing. Passages, users, time, memory and the artists relationship to those spaces.

Our role as spatial designers: Within a scheme, what do you envisage as the function? How does the interior space work with users? and how do you communicate that?