It has been made very clear through my discussions and presentations that my work very much deals with language as a tool, media and instrument to develop both ideas and work. While reading "Art & Language" the work of Joseph Kosuth [who has been mentioned previously] was discussed for his involvement in the period of conceptual art and his relationship to the use of text within his own ideas as a means of communication in replacement so often of the image as a chosen media. 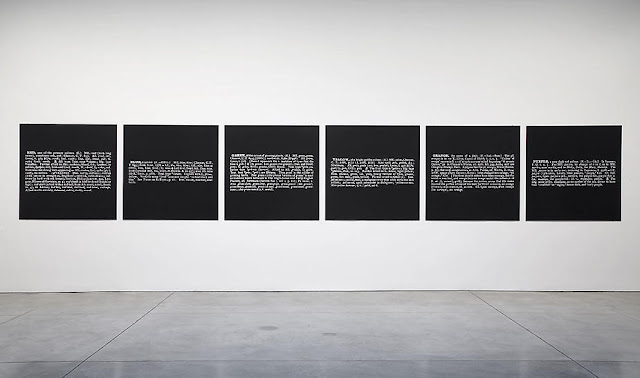 The following notes have all been taken from:  Essays on Art & Language [Charles Townsend Harrison]

Artists activity claimed primary attention, although a product or art object was presented it was the artistic content that was key. From the view of the spectator, artist processes and conditions of production were speculation bounded by actual or hypothetical identity of the presented aesthetic object. This was part of the Art & Language movement.

Kosuth Pioneered the use of words in place of visual imagery and explored the relationship between ideas and images and words to convey them. Meaning was ultimately conveyed through language. 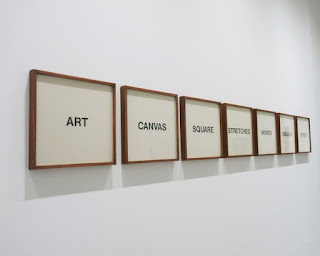 Since the 1970's Jospeh Kosuth worked predominately on site specific installations that continue to explore how we explore, comprehend and respond to language.

"Artistic skill and craft should be eliminated and ideas should be conveyed both directly, immediately and purely"

Equivalences between visual and linguistic were influenced by Ludwig Wittgensteins ideas on language. Kosuth uses language as a form of presentation, to make the audience contemplate the issues. He relies on the writings of others and goes through a process of appropriation. Texts are usually chosen on their non-literal and descriptive basis [texts that do nor portray direct images or per-determined visuals once read] 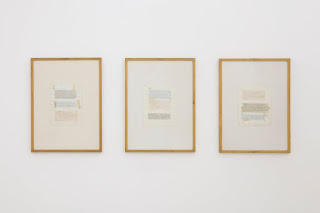